Edefe Ojomo, Matheus Gobbato Leichtweis and James Nedumpara lay their fingers on one of the key dilemmas that we faced in writing Six Faces of Globalization. Is it legitimate to write a book about Western narratives about globalization—a global phenomenon by definition—without including narratives from outside the West as part of the central focus of the book? This is a difficult question which we would like to revisit in this reply to their deeply insightful reviews of our book.

We chose to focus on the Western debates for a specific reason. While economic globalization had long been controversial outside the West, it had received significant support within Western states and within international organizations, which were often established and in some cases dominated by Western actors. In recent years, it has appeared like the West is turning on its own creation. The Western debates were changing quickly and radically, with vast consequences for both policymaking within those states and—because of their historically dominant role—for the international system as a whole. Our goal was to unpack the different narratives that were changing these debates within the West and with global effect.

This approach was not meant to imply that the Western debates about economic globalization are the only ones that matter, that the Western narratives accurately reflect perceptions of globalization elsewhere, or that these narratives are devoid of the biases that come with any particular vantage point. The world looks different when viewed from different perspectives and from different places. For that reason, we called attention to the “blind spots and biases” of the Western narratives, attempted to sketch what we saw as the most prominent additional narratives from outside the West, and invited other scholars with greater linguistic and regional expertise to add to our collective knowledge about narratives in other places.

Ojomo embraces this challenge in her review, taking up the call to explore which narratives are playing out in African debates and noting how they apply in similar and different ways in this regional context. Her contribution reinforces the long-standing importance of the neocolonial experience in shaping the views of globalization of African states and citizens. We were particularly intrigued to learn how some of the narratives that are also present in the West are playing out differently in Africa with, for instance, the right-wing populist narrative’s concern about jobs and immigration taking on a particular regional hue and the sense of isolation that African countries felt colouring their perception of global threats such as the COVID-19 pandemic.

Leichtweis similarly enriches our understanding of the Brazilian debates, but also presents a more fundamental critique of our approach. To him, it was not enough for us to highlight the limits of the Western narratives and to encourage others who were better placed to illuminate non-Western narratives to do so. Instead, he suggests that we could only have avoided complicity in reproducing the centrality of Western perceptions of globalization by developing a critical analysis of the Western narratives ourselves, for example by showing how those narratives present parochial perspectives that elide important dimensions of globalization, such as the legacy of colonialism and the many ways in which the relationships between the West and developing countries continues to be marred by power asymmetries and economic exploitation.

Interestingly, as Nedumpara notes, the neocolonial narrative has also undergone a “transformation over the last few decades” in some other parts of the world, outside of the West. As he records: “The neo-colonial opposition to globalization has lost most of its appeal in recent times and needs a rethink among the list of contemporary narratives.” In our observation, this is true for many countries in Asia, which have used globalization to power the development of their economies and societies. For instance, all of the narratives appear in various guises in Chinese debates about economic globalization, except for the neocolonial narrative, which is for the most part conspicuously absent.

Yet Leichtweis argues that “stressing the neocolonial narrative” would not only have been more analytically accurate but also normatively desirable since it is “only … by focusing on decolonisation alongside distributive justice and the curbing of corporate power” that we can “really transform subjectivities towards care, resilience and sustainability for a better future where no one loses and no one is ‘left behind’”. Again, this argument seems plausible to us. However, we purposefully did not set out to identify the most empirically accurate and normatively desirable narrative, which would have required us to develop and defend our own empirical and normative account of globalization.

Instead, we made a methodological choice not only to focus on the Western debates, but to attempt to represent each narrative in its best light and on its own terms, without engaging in our own critical examination of the narratives. This choice was motivated by the specific type of contribution that we were hoping to make: we wanted to provide a framework for understanding the Western debate about globalization and make it easier for the participants in that debate to engage in dialogue with each other. Providing our own critical analysis of the individual narratives would have been a different type of intervention that would have required an entirely different set of empirical and normative tools.

Different projects have different goals and achieve different ends. Some projects—like our one—can focus on describing and analyzing the changes that are occurring in debates within countries that have historically been privileged with centrality by the existing system. Others—such as the one Leichtweis advocates—can focus on normatively challenging the taken-for-granted premises of those debates and giving voice to the perspectives of those who have historically been marginalized within the existing system. In our view, both projects are important within our academy. Just as there is no one view of globalization, so too there is no one approach to these academic questions.

We fully accept the critique that (1) an account of Western debates of globalization will inevitably give a partial picture of how globalization is experienced around the globe and that (2) it is likely that none of the Western narratives, or even a sophisticated synthesis of the Western narratives, can make sense of all dimensions of globalization, especially as it affects developing countries. There can be no one definitive book on globalization or global issues; every perspective will be partial. It is precisely for this reason we argue for the need to bring together non-Western and Western perspective to analyze issues of kaleidoscopic complexity, such as the climate crisis, the Covid-19 pandemic, and economic globalization itself.

Since writing the book, we have deepened our engagement with colleagues from around the world to gain a more nuanced understanding of the narrative landscape outside the West. For instance, we will shortly be publishing an article in China International Strategic Review that analyzes how China appears in the different Western narratives and how different narratives about economic globalization compete in Chinese debates. These experiences have reaffirmed for us one of Nedumpara’s observations: that China appears as a central character in most of the Western debates, sometimes as a poster child (the Establishment narrative), sometimes as a villain or a threat (the right-wing populist and geoeconomic narratives), and sometimes as a scapegoat (the left-wing populist narrative).

We are very grateful to Ojomo, Leichtweis and Nedumpara for complementing our account of the Western debates with their perspectives from Africa, Latin America and Asia. We are keen to hear about similarities and differences in how the narratives we identified are playing out in other countries and regions around the world. For this reason, we are very grateful to the organizers of this symposium and we look forward to more conversations along these lines going forward. 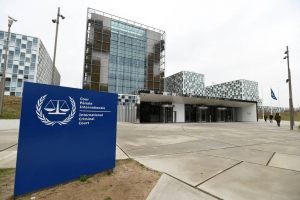 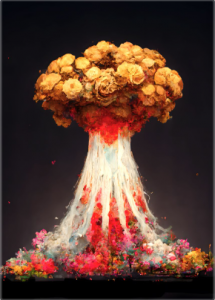