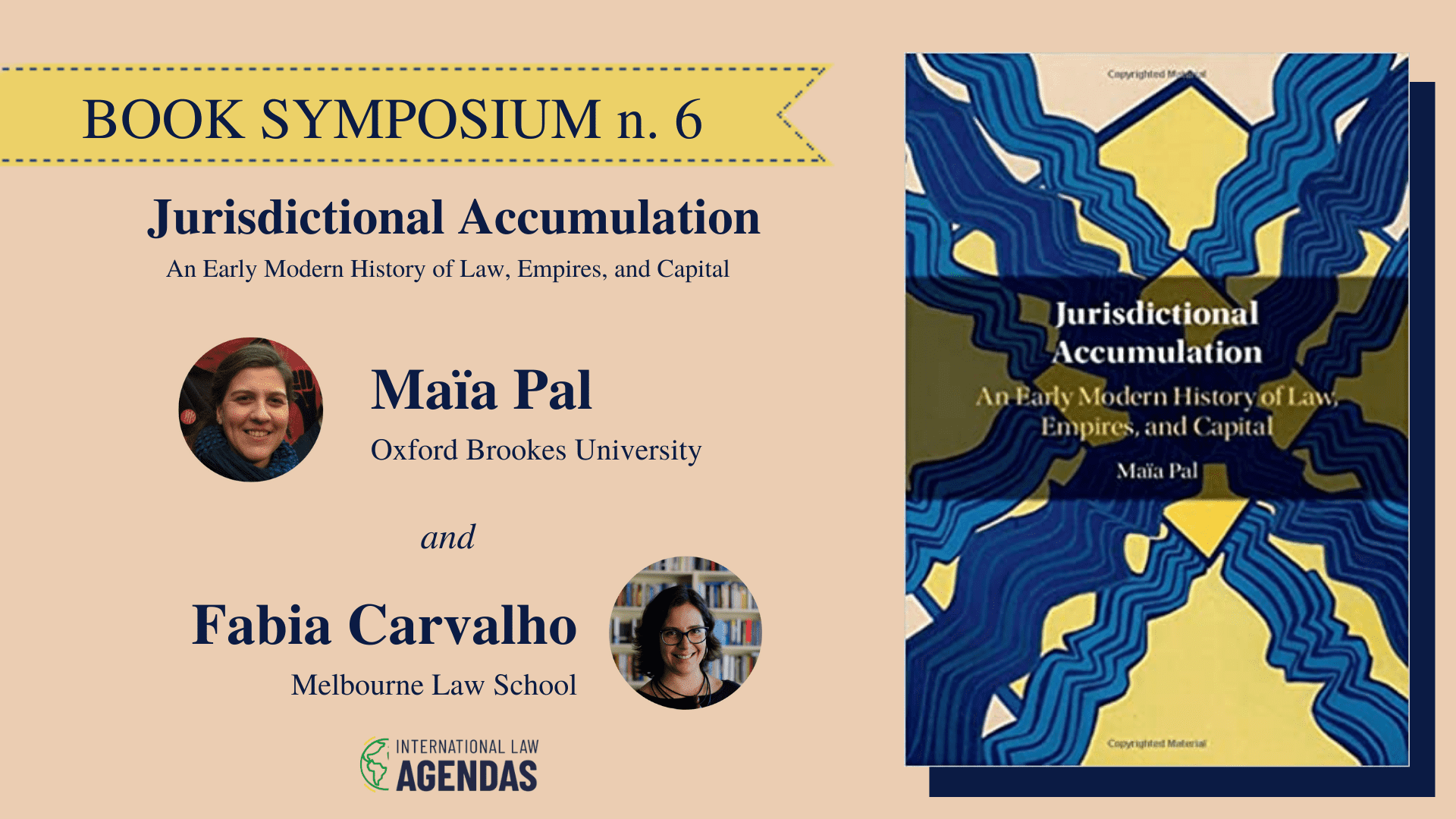 While reading Jurisdictional Accumulation by Maïa Pal, I could not stop thinking about the urgent need for more nuanced explorations of the complex ways in which early modern empires expanded their sovereign authorities. Although the Portuguese and other early modern empires were not explored in the book (p. 12), the practices of jurisdictional accumulation assessed by Pal provide a more detailed account of imperial expansion through ‘the method of outward internalism’ (p. 9). The specific ways jurisdictional actors worked for expanding sovereign authority through extensions, transports, and transplants open space for productively rethinking certain ossified “truths” about the early modern world. Accordingly, the book aims to present a new approach to extraterritoriality, ‘taking note of empires’ specificities’ (p. 45).

Describing and analyzing types of colonization were crucial aspects of the History courses I took during my high school years in Brazil in the 1990s – notably, the distinction between exploitation and settlement colonies (colônias de exploração and colônias de povoamento). One of the central readings was the early work by Caio Prado Junior (1907-1990), The Political Evolution of Brazil. Colony and Empire, with its first edition dating back to 1933. Pal’s focus on jurisdictional accumulation instigates productive reflections about this typical dichotomy. Instead of reducing the colonial endeavor to two ideal types of colonies, her take on extraterritoriality allows for a more careful study of past imperial practices.

Caio Prado’s The Political Evolution of Brazil did not aim at comprehensiveness. This one-hundred-page book presented the author’s interpretation of the history of Brazil from the perspective of historical materialism.[1] Brazilian colonization was described as a form of exploitation. Natural resources were the only riches of a place without an advanced civilization with which the metropolis could establish commercial relations or plunder – for the author, commerce and plunder were part of the same concept. The exploitation colony was opposed to the form of settlement colony, a distinction he would further develop in his 1942 masterpiece The Formation of Contemporary Brazil.

Caio Prado, in contrast, aimed to explain underdevelopment using the conceptual devices of exploitation and settlement colonies. These concepts were articulated to explore either the failures or successes of societies in present times. Brazilian underdevelopment was a direct outcome of the Portuguese form of exploitation. In this setting, the extraction of natural resources, under slavery or forced Indigenous labor, would contribute to the production of goods for European trade. Monoculture, large rural properties (latifúndios) and slavery would constitute an entirely new society, with no resemblance to the metropolis.

On the other hand, the settlement colony would receive the population surplus from European countries (not Portugal, a country scarcely populated), and settlers would establish a society mirroring their European roots. Importantly, to Caio Prado, the climate would be crucial in determining the predominant type of colonization. Exploitation colonies would be expected in tropical zones. Colder areas would be marked by settlement colonies, as Europeans would not be attracted to settle in unfamiliar (warm) places. The positive outcome of this form of colonization is development, having the United States of America as its paradigmatic example.

A 2015 study by Leonardo Monasterio and Philipp Ehrl presented the circulation of ideas in the nineteenth and twentieth centuries, both in Europe and the US, about how the type of colonization might determine the future of societies. The authors stated the importance of Caio Prado’s work in the persistence of this thesis in the field of History in Brazil today. Accordingly, textbooks still present the models of exploitation and settlement to describe and analyze the different types of colonization in the Americas. In other words, a reenactment of Caio Prado’s deterministic views: “The meaning of Brazilian evolution, which is what we are questioning here, is still affirmed by that initial character of colonization.” (The Formation of Contemporary Brazil, p. 26).

As explored in Jurisdictional Accumulation, the focus on the accumulation of claims, rights, titles and functions, and the wealth generated by these legal requests articulate historical materialism differently. The book puts together historical specificity and social property relations, as well as human agency (p. 18), to understand jurisdictional practices as ‘grounded in the set of contested social property relations specific to each empire under discussion’ (p. 17). Pal’s approach offers a critical stance in this setting to rethink the ‘original sin’ of the Brazilian type of (exploitation) colonization.

Jurisdictional Accumulation explores sets of practices of the Castilian, French, Dutch, and English/British empires in its four substantive chapters. Pal is cautious to avoid a chronological and sequential analysis by not dealing with each empire separately, focusing on ‘the basic elements of jurisdictional accumulation as a methodological conceptual matrix’ (p. 49). However, it is important to be specific about the problems of a chronological reading of the practice of European empires. As discussed above, this issue is closely related to a (not so interesting) mode of historical materialism that ends up producing truth claims about the world.

Sanjay Subrahmanyam brilliantly assesses the stakes of a chronology of European expansion. A clear distinction in terms of nature, rationality, use of violence and effects is noticed in Asia between the European expansion of the sixteenth century (Iberian) and the one from the seventeenth and eighteenth centuries (Dutch and English/British) (The ‘Kaffirs of Europe’: A comment on Portugal and the historiography of European expansion in Asia, p. 135). A structural break in institutional terms is also affirmed with the establishment of the colonial companies, an innovation that would substantively transform Asian history (p. 135). To Subrahmanyam, the narrative on the rise and decline of European empires is historically inaccurate and problematically puts forward ‘the view that the dynamic of world history is the dynamic of European history.’(p. 145). As if the Europeanization of the world would constitute the essence of the historical process, implying that ‘only contact with Europe (…) gives Asia historicity’ (p. 145).

Pal expressly problematizes the book’s focus on four European empires and the ways in which they have influenced international legal practices (p. 52). She is right to assert that studies focusing, or originating from, outside Europe are no guarantee of anti-Eurocentrism (p. 53). Asserting the need for methodological humility in navigating historical sociology (p. 59-60), Pal’s book aims to contribute to how ‘we temporally and spatially understand and explain the exploitative and dominating rule of Europe and the West’ (p. 54). It makes perfect sense. But it is also time to explore, in their own terms, new temporalities and spatialities in our studies and analyses, including diverse theoretical and methodological assemblages, sources, archives, and languages used. The framework of jurisdictional accumulation can be helpful to this endeavor.

[1] Caio Prado was a prominent scholar in Marxist studies and Brazilian history, contemporary to other influential scholars who published classic works in Brazilian sociology – Gilberto Freyre and Sergio Buarque de Holanda. These authors also explored the history of Brazil but aimed to present new horizons of imagination for the future of the modern Brazilian society in the 1930s. 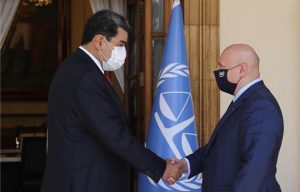 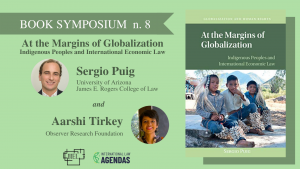 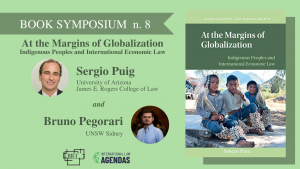