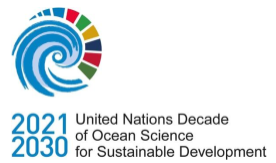 Scientific advances contribute to human development by improving living standards. For example, the Covid outbreak was heavily dependent on science for creating vaccines (Chapman, 2009). Several international instruments attribute the human right “to share in scientific advancement and its benefits” (REBSP or the right to science) to everyone. Some of them are the Universal Declaration of Human Rights of 1948 (UDHR),  International Covenant on Economic, Social and Cultural Rights of 1966 (ICESCR) and  American Declaration of the Rights and Duties of Man. However, the recent unequal distribution of vaccines for Covid-19 highlighted that such human rights are far from being enjoyed by all. Also, when one think about law of the sea and ocean governance, the right to science is a topic that hardly comes to mind (Morgera, 2015), what accounts for the reduced literature on the topic from the global south. Contributing to raise awareness on the topic, this post explores venues of intersection between the scholarship on the right to science and the law of the sea. It argues that instead of just balancing interests, the United Nations Convention on the Law of the Sea has mechanisms to improve the participation of developing countries in marine sciences.

Looking first at the human rights framework, the content of the right to science is said to be obscure, without direct applicability (Schabas, 2007; Chapman, 2009; Yotova & Knoppers, 2020). An account of the travaux preparatoires of article 27 UDRH informs that the right to science ended up with an inconclusive intent in the declaration on purpose, due to the lack of support for a Soviet proposal suggesting that science should serve democracy and peace and aim at improving people’s lives, but it did not gain support (Schabas, 2015). Nevertheless, applying an evolutionary interpretation, it has been suggested that the right to science would be a public good at the service of humankind (Shaver, 2015).

The right to science in article 15 of ICESCR seeks to increase the participation of all States in the undertaking of science and the enjoyment of the benefits coming out of technological and scientific discoveries (Shaver, 2015). Of relevance, the preparatory work elucidates that “benefits” refer to the material applications of science for everydayness (Chapman, 2009). A later report clarified that the normative content of such right includes “(a) access to the benefits of science by everyone, without discrimination; (b) opportunities for all to contribute to the scientific enterprise and freedom indispensable for scientific research; (c) participation of individuals and communities in decision-making; and (d) an enabling environment fostering the conservation, development and diffusion of science and technology” (A/HRC/20/26). Translating that content in to ocean governance, one could think about access to knowledge on fisheries management, protecting marine ecosystems as a result of environmental impact assessment and areas-based management tools, consideration of traditional and indigenous knowledge in ocean policy, and capacity development. But what is the legal entry point of the right to science in the LOSC? Does it exists at all?

One possible connection between the LOSC and the human rights framework comes with the Access and the Fair and Equitable Benefit Sharing (ABS) regime. It has procedures to materialize the right to science in health and biodiversity law, particularly assisting the developing States and vulnerable communities to participate in science and enjoy its benefits (Morgera, 2015). However, not many scholars have examined such regime with the perspective of the law of the sea and ocean governance realm (a more detailed assessment can be found at Coelho, 2021 and Salpin, 2013).

Looking back in time, the adoption of a New International Economic Order (NIEO) in the 1970s is said to be the first international appearance of the idea of benefit sharing related to natural resources (Morgera, 2016). In the aftermath of the decolonization process – which one could argue is not yet over – developing States were unsatisfied with just the formal equality and demanded procedural and special rights which could enable their development. In this context, access to natural resources, technology and science were intertwined with such demands as tools to promote the right to development. The most notable expressions of the ABS regime in the LOSC are in the principle of the common heritage of humankind and the regime of the Area under Part XI (Toye, 2014; Galindo, 2006). However, this is not the only one.

Article 238 LOSC opens Part XIII of LOSC, declaring that all States have the right to conduct MSR. Such annunciation only addresses one perspective of the right to science – the right to participate. Nevertheless, examining the preparatory works of the Third United Nations Convention on the Law of the Sea, it is argued that the language of ABS is also articulated in Part XIII of LOSC, which governs MSR, although less explicitly (Coelho, 2021; Salpin, 2013). In areas under national jurisdiction, developing States requested access to the data and knowledge produced and technology as a trade-off for granting consent for MSR. It is not possible to conclude that the consent regimes ended-up as a bargaining tool in exchange for the share of benefits; on the contrary, in the Exclusive Economic Zone and on the Continental Shelf, coastal States must grant consent in most cases. Nonetheless, the framework has obligations to share benefits as a consequence of granting clearance (article 249), in the framework of scientific cooperation (particularly articles 242(1) and 243), and the framework of transfer of marine technology (Part XIV).

Considering ABS as part of the purpose of Part XIII opens new venues for the intersection between the right to science and the law of the sea with significance for current legal and policy developments. For instance, capacity development in marine sciences and the transfer of marine technology are at the core of the negotiations of an International Legally Binding Instrument under the LOSC on the Conservation and Sustainable Use of Marine Biodiversity of Areas Beyond National Jurisdiction (A/RES/72/249). The recently launched Decade of Ocean Science for Sustainable Development aims at delivering sustainable development through seven outcomes, including an accessible ocean and an inspiring and engaging ocean resonating with the right to science (A/RES/72/73). The cross-fertilization between the areas may provide inputs on how to assimilate traditional knowledge and other rationalities of knowledge production, address gender gaps in marine science and promote the participation of developing States. Ultimately, it can encourage the enforcement of the right to share in marine scientific advancement and benefits for all humankind. 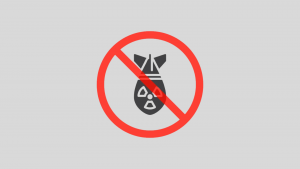 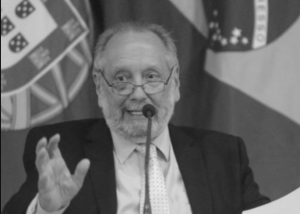