The “stab in the back”, nuclear proliferation and Brazil 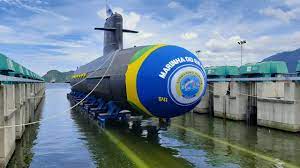 The announcement of the formation of a strategic partnership between the United States, the United Kingdom and Australia for security in the Indo-Pacific region, generated serious friction between Washington and Paris and strong declarations from China. The French did not hide their disappointment and accused the Americans – their close allies since the two World Wars – of stabbing them in the back due to the cancellation of a multibillion dollar contract with Australia for the construction of a flotilla of diesel-powered submarines with French technology. Australia will now build submarines with nuclear propulsion with British assistance and American technology. Such vessels powered by atomic reactors are faster, quieter and difficult to detect by potential adversaries and can stay submerged  for much longer periods without refueling than conventional ones. French government and public opinion reacted with fury and Paris recalled their ambassadors in Washington and Canberra “for consultations”, a gesture that in diplomatic language indicates deep dissatisfaction and displeasure.

Although the communiqué of the formation of the alliance simply states the intention of its parties to “promote security and prosperity” in the region and does not mention any country in particular, it seems clear that it seeks to counter the growing influence of China in the area and is directly linked to the increase of Beijing’s military power, especially its naval branch.  The Chinese navy is already the largest in the world and recently added nuclear submarines and aircraft carriers. Moreover, it is busy constructing bases in artificial islands in southern waters, on which it claims sovereignty.  At the same time its military budget is steadily increasing, although still far from the levels of its American counterpart.

The Chinese government reacted officially to the announcement by stating that it stems from a “Cold War mentality” and “ideological bias”, adding that nations should not build “exclusion blocks”.  The spokesperson of the Chinese foreign ministry did not fail to note the constant presence of American warships in waters adjacent to China and  remarked that its vessels are not seen in the Caribbean or in the proximity of Miami. On the other hand, Australia , which depends to a large extent on its exports of beef and iron ore to China, has lately been the target of trade sanctions from Beijing on account of its positions regarding security. Certainly the bilateral relations will deteriorate further.

Like other South Pacific nations, Australia is party to the treaty that instituted a zone free of nuclear weapons in the area, side by side with a similar zone that encompasses Southeast Asia. New Zealand, geographically close to Australia, for its part, prohibits nuclear ships or submarines in its territorial waters and ports.

The formation of the new strategic partnership reflects the policy proposed by former U.S. president Barack Obama and endorsed by his successor Donald Trump to execute a “pivot” toward the Asia-Pacific region, to the consternation of the European allies of the United States. American documents on the strategic posture of the country make clear that the Chinese expansion in the world is seen by Washington as the greatest threat to its global interests. Negotiations with the United Kingdom and Australia were conducted in secret and without previous consultation with any of the allies of the United States in Europe. The immediate consequences may entail diminished trust by Europe in the undertakings accepted by the most powerful nation in the world vis à vis the strategic zone now covered by NATO as well as a revival of proposals to establish exclusive European arrangements for this end. It should be recalled that the abandonment by the Trump administration of the nuclear agreement signed by the U.S together with five other nations and Iran, known by the acronym JCPOA, raised doubts in several capitals about the solidity and durability of pacts celebrated with Washington.  One is inevitably reminded of the comment attributed to the former secretary of State John Foster Dulles to the effect that nations have no friends, only common interests.

The announced decision will undoubtedly have other consequences as time goes by. On the occasion of the election of Joe Biden to the presidency of the United States, it was believed that a new Cold War could be averted, this time between that country and China, and instead promote an atmosphere of peaceful competition between them. Prospects now seem much more somber.  It is also necessary to take into consideration the position to be taken by Russia, which has not yet pronounced itself officially on the new developments. Moscow’s current efforts in the military sector, including the acquisition of new weapons with cutting edge technology raise worries in America. Russia has also been carefully strengthening its relations with China.

Another aspect raised by the announcement is the fear that the new partnership might facilitate the proliferation of nuclear weapons through the possible sharing of sensitive American technologies with a country – Australia – that is not one of the five recognized possessors of such weapons by the Treaty on the Non-Proliferation of Nuclear Weapons (NPT). Australian environmentalists, for their part, are already preparing to protest the development of highly pollutant uranium mining activities and other applications of nuclear technologies in the country.

An important consideration from the point of view of the international norms by which Australia is bound regards the kind of fuel to be used in the reactors aboard its new submarines. Reactors that burn highly enriched uranium (HEU)are more efficient and need longer intervals for replenishment. However, their use may raise suspicions of diversion of fissile material for objectives not permitted under international regulations, particularly the NPT.   This instrument, however, recognizes the right of all its parties to develop research, production and use of nuclear energy for peaceful purposes, including navel propulsion.

The international repercussions of the AUKUS agreement are of great interest for Brazil, which is carrying forward an autonomous project of construction of a nuclear-powered submarine and has concrete possibilities to expand its electric power generating capacity from atomic plants, particularly in the face of prospects of diminishing hydropower. In the near future Australia and Brazil will be the only nations not possessing nuclear weapons to have nuclear-powered submarines. Both countries to not harbor ambitions to acquire nuclear arms and are bound by the non-proliferation regime imposed by the NPT and other treaties as well as by safeguards commitments contained in their agreements with the International Atomic Energy Agency (IAEA). In the case of Brazil, these commitments and reinforced by its adherence to the Treaty on the Prohibition of Nuclear Weapons in Latin America and the Caribbean (Treaty of Tlatelolco) and the verification system managed by the Brazilian-Argentine Agency for Accounting and Control of nuclear materials (ABACC in the Portuguese acronym). 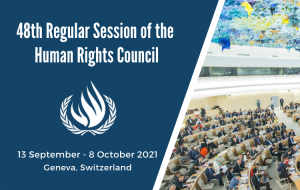 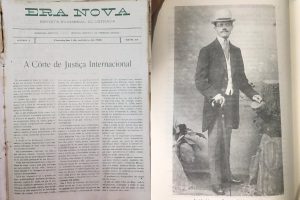