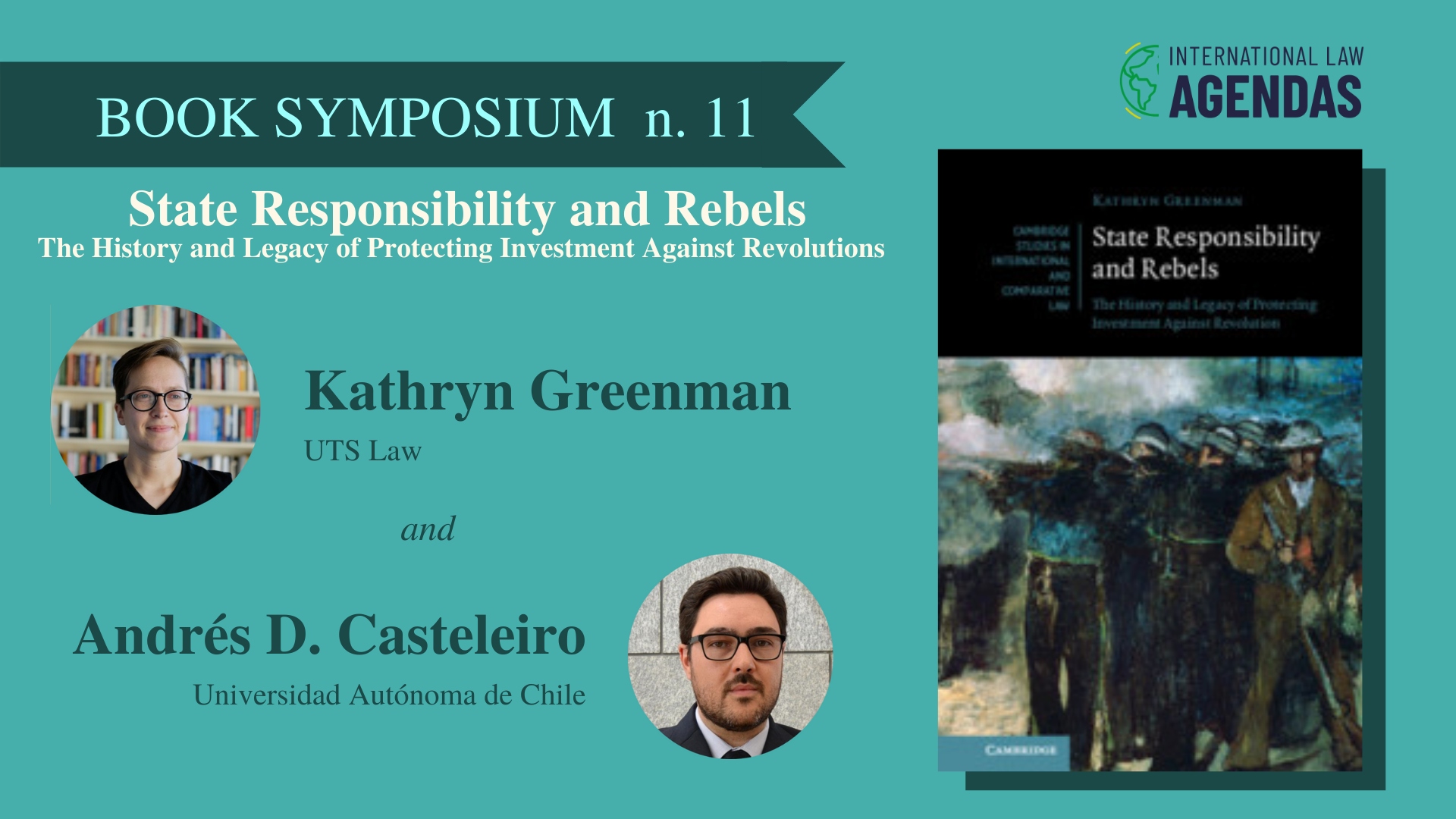 “State Responsibility and Rebels” by Kathryn Greenman is one of those works that even though seems to be focusing on a rather narrow topic (state responsibility for rebels in Latin America until 1930) is about something bigger: it is a history of how Latin America approached its integration in the international community. Greenman’s monograph provides a crucial and original perspective from where to think about Latin America and its relationship with international law. Building on what the monograph argues, this brief review identifies a pattern of resistance of Latin America towards the law of the protection of aliens. This pattern of resistance was present within the period studied in the monograph and extended beyond the question of the rebels. Furthermore that patterns can also be traced up to the present day. Confronting the History as described in the monograph with other events (some of them still ongoing) shows how the historicizing of international law does enables the critical re-description of its present (p. 26 ) beyond the areas examined in the monograph.

International law as the vocabulary of resistance against intervention

Gunboat diplomacy, intervention and arbitration were part of the toolbox that the Global North had at its disposal to force trade liberalization and capitalist expansion in Latin America. Yet, the Latin American response to intervention was not a rejection of the whole system but instead, it was to use the vocabulary of international law to resist the enforcement of claims for revolutionary damage (p. 109). The book makes a thorough analysis of how that resistance was advanced through the legal scholarship of people like Carlos Calvo or Gustavo Guerrero (chapter 4). Then, it shows how those debates figured prominently in the multilateral level (the Codification Convention).

However, I would argue that the Pan-American conferences played a more important role than scholarship since the former laid the foundations for both the resistance against intervention and the basic identity of a Latin American approach to international law. The outcomes of the different Pan-American Conferences were the crucial place from where to articulate resistance and build up Latin American identity in terms of international law. The reaction to the ambiguous and contradictory awards of the (imposed) mixed claims commissions was the establishment of a clear rule that would apply among Latin American States which would later be developed and deepened in multiple treaties. The monograph examines in chapter 5 the Convention Relative to the Rights of Aliens adopted in 1902, which established a clear rule on how to deal with state responsibility for damages sustained by rebels and the failed attempt to further the rule in the 1928 Pan-American Conference.  This same approach can also be seen in the 1910 Pan-American Conference with the adoption of the Convention on Pecuniary Claims which provided for the obligation to bring to arbitration any pecuniary claims lodged by their respective citizens. This Convention was followed by the 1936 Convention on the same topic which did not only uphold the obligation to submit to arbitration those claims but also outlawed the use of force to recover debts. Pan-American treaties deepened and expanded international law and provided a pattern of how to structure resistance using international law to fight back against imperialism.

Latin America used the language of international law to advance another vision of it, different from that advanced by the Anglo-Saxon world. Whilst this vision might not have been that revolutionary or produced a change in the paradigm of international law (as Greenman rightly mentions; “Latin American international lawyers were not radical iconoclasts”), it nevertheless put forward an alternative to the status quo which we take for granted.

By bringing forward the example of both the scholarship and the previous treaty practice, the monograph hints at the blind spots that the ILC has when codifying international law. Whether we like it or not, codification of international law or the identification of customary international law is a political exercise anchored in historical research. To misquote the Solis case in ARSIWA or the absence of the 1902 Convention and Carlos Calvo in the codification work since Garcia-Amador sends a certain message of what the “true” sources of international law are, namely those developed in the centre and not those from the periphery.

Apart from the 1933 Montevideo Convention, most of the Conventions adopted during those Pan-American conferences had little impact beyond Latin America. Thus, how successful was the resistance? Greenman gives a bleak assessment towards the end of her book: “The states of the formerly colonized world might have succeeded in preventing the codification on the basis of alien protection, but the alien protection nevertheless lived on… The effort to establish the NIEO and reassert national authority over natural resources and foreign investors failed, in part because they were sidestepped by the World Bank and the practice of arbitral tribunal.” (p.185)

While I agree with this assessment in general terms, the monograph’s narrative allows us to think about it in another way. The history of international investment law in Latin America after 1930 echoes the history of alien protection described in the monograph. The resistance towards the special treatment of aliens continued well after the Codification Conference stalemate. Famously, in 1964 all Latin American states voted against the ICSID Convention (“No to Tokyo”) and did not ratify it for over two decades.

In the 1970s and 1980s, the US-supported military regimes in Latin America implemented a neoliberal agenda that provoked a lost decade in economic terms. The new democracies that emerged after that lost decade ratified the ICSID Convention. Like the mixed claims commissions, the participation of Latin America in international investment law was a condition (the Washington consensus) for the (economic) survival of the new Latin American democracies. Moreover, when the arbitral tribunal started rendering problematic and ambiguous awards, albeit not on rebels but on other issues like whether sovereign debt can be a covered investment or whether the terms of the Most Favoured Nation clause can also apply to the procedure, Latin American States once again relied on the vocabulary of international law to thwart that development. Thus, the most recent investment treaties concluded among Latin American States exclude sovereign debts from their definition of investment or restrict the scope of the MFN clause. Now it is time to see if, as it happened with the 1930 Codification Conference and the 1964 No to Tokyo, Latin American States will resist the reform of international investment law if it does not address their interests and concerns.

Greenman’s monograph is probably one of the best examples of the potential that the turn to history in international law can have in changing our understanding of international law. By bringing forward the history of rebels in Latin America, the monograph highlights the implicit bias of what ends up being international law showing an alternative path that could have been taken. Moreover, by focusing on the contestation to the rules of responsibility for rebels by Latin American scholars, the monograph also illuminates current development showing how the same pattern of rule creation and contestation to that rule from Latin America continued even up to the present day. 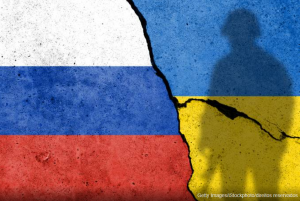 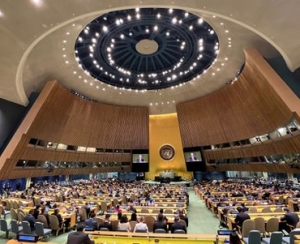 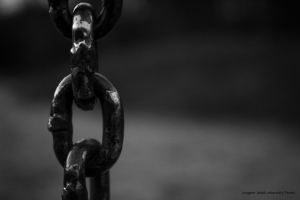