Elusive Images in the History of International Law

“Who is the third who walks always beside you? / When I count, there are only you and I together / But when I look ahead up the white road / There is always another one walking beside you / Gliding wrapt in a brown mantle, hooded”. This powerful image that appears in T.S. Eliot’s The Waste Land (1922) is as intriguing as the memory that inspired it, but in a different sense. In his book, South (1919), the explorer Ernest Shackleton described he felt the presence of a person (who was not there) accompanying him and his group through their journey in the white landscapes of the Antarctic. But if that presence could possibly be there to comfort Shackleton, in Eliot’s poem, it is more elusive: she or he is hooded, wearing a brown mantle.

Anne Orford’s book International Law and the Politics of History tries to demonstrate that international lawyers, in recent years, have been relying on historians – and, specifically, those that follow the Cambridge School’s contextualism – to bring them comfort in their arguments. Nevertheless, the presence of those historians (and the method they follow), I think, is more elusive than it flows from Orford’s well-researched and well-written book. Not only contextualism has many nuances, but also it is doubtful if it has deeply impacted international legal scholarship.

Chapter 2 develops a narrative about the “turn to history” in post-Cold War international law that encompasses many authors that follow different varieties of theoretical perspectives – liberal, critical, positivistic, etc. But if the impact of that “turn” was so widespread, we can wonder whether it was a turn at all. It is beyond doubt that lawyers always relied on history to frame their arguments. Orford is clearly aware of this when she brings to the table, for example, the Savigny historical school of jurisprudence’s contribution to the interpretation of customary international law. If the turn to history does not mean a more collaborative interest toward historians and their methods, then what the great majority of post-Cold War international lawyers have been doing is a continuation of law’s immemorial engagement with history.

Chapter 4 is devoted to four important representatives of contextualism. Although there are exciting findings of the work of Herbert Butterfield and Quentin Skinner, the Chapter is instructive in revealing who Orford’s primary opponent throughout the book is: Ian Hunter. Hunter’s presence is so intense that many of his methodological underpinnings seem projected in other authors, such as J. G. A. Pocock and Skinner. Apart from the fact that neither of those authors dedicated their methodological writings to lawyers (or even international lawyers), the approach towards Pocock could be more explored. Orford focuses on one of his first writings, The Ancient Constitution and the Feudal Law (1957), to find Pocock’s characterization of the lawyer’s role. However, in one of the few pieces that he devoted to the roles of the historian and the lawyer, although finding some spaces for interaction, he found profound distinctions between them. For him, presentism is intrinsic to the lawyers’ mindset (“lawyers well know that their activity is a practical one, with immediate and drastic effects on the human beings”). This way, there are clear limits on the impact of historiographical works on lawyers’ practice.

Chapter 5 is concerned with the past in the practice of international law. For Orford, it seems that the practice of law and its study is indiscernible, as if a scholar could play the role of the judge or a legal adviser. And from this Chapter on, it is more evident an association she makes between the historian that follows contextual methods with the historian in general. Take, for example, the following passage: “Historians of international present their work as providing detailed evidence that aims to correct or complete the historical record” (222). It seems that the equation of the “historian” with the “contextual historian” is an essentialization of what professional historians do. The problem is that it establishes artificial boundaries between the disciplines of Law and History. The impression is that a trench is being built. Since (some kinds of) historians are trying to subordinate international lawyers to their methods, historians who engage with international law must see the practical dimension of law to be allowed into the debate. Instead, it would be preferable to have historians’ and lawyers’ views on the table and, slowly, common grounds should base interdisciplinarity discourse that could emerge from the interaction between them. Slow interdisciplinarity perhaps is the keyword to make historians and international lawyers talk.

Showing that historians are as partisan as lawyers and history is politics is the aim of Chapter 7. An analysis of alternative methods is made, and Reinhart Koselleck’s Conceptual history emerges. Orford emphasizes the relationship between Koselleck’s and Carl Schmitt’s ideas – something that is not controversial but at the same time full of complexities. But there are many challenges in analyzing a prolific author such as Koselleck based almost exclusively by reference to one of his first books, Critique and Crisis (1959). It would be productive if the book engaged with fundamental concepts present in his oeuvre that open possibilities for connecting history to the present (and also the future), such as “experiences” and “expectations” as essential categories that make historical thinking possible. Also productive would be a reflection upon the “sediments of time,” an idea developed by Koselleck in his last years. Conceiving concepts as made of different sediments of time opens possibilities for including the present in historical analysis and complexifies contexts, giving them a much diachronic sense. At the end of the day, even if the lawyer Schmitt was fundamental to Koselleck’s ideas, such an influence clearly shows that law is not so irrelevant to history – it can ground historiographical methods.

In the final part of the Chapter (and of the book), Orford finally shows that contextualism is not really the enemy, but instead its usage as “objective, impartial, or correct.” In her vision, “[i]f we approach contextualism in that spirit, we can see that the methods developed by the contextualist intellectual history tradition embody a political and normative content that may be useful for international lawyers in certain situations” (316). Here, contextualism finally becomes a palatable method, which is something that could be brought to the reader in the first chapters of the book.

No debate about historiographical methodology in international law will be productive if it does not take into due regard Orford’s book. She goes deep into different questions and takes courageous positions in defense of a specific way to make international legal narratives.

I prefer seeing the image that accompanied Eliot (and not Shackleton) as that of the historian that appeared in the last pages of Orford’s book. The historian’s role in international legal research may be seen as one not to bring comfort by providing a specific method, but one that may depict different methods and adapt them to the specificities of international law. Perhaps the most important lesson of International Law and the Politics of History is that we cannot fall into the trap of believing that a method is a final word, but a first one; it is the first step in a long road. Such is the last image that should remain: that of a woman or a man who can point to many different directions and help others to start a walk in the inhospitable continent that is, in many respects, the discipline of international law. 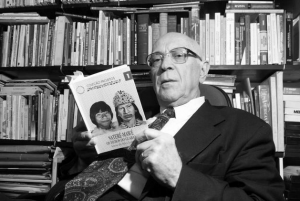 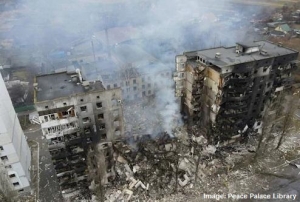 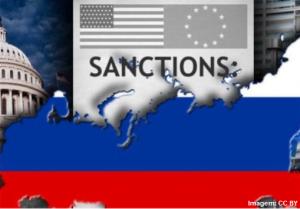