A milestone in legal scholarship concerning the normativization of Indigenous affairs 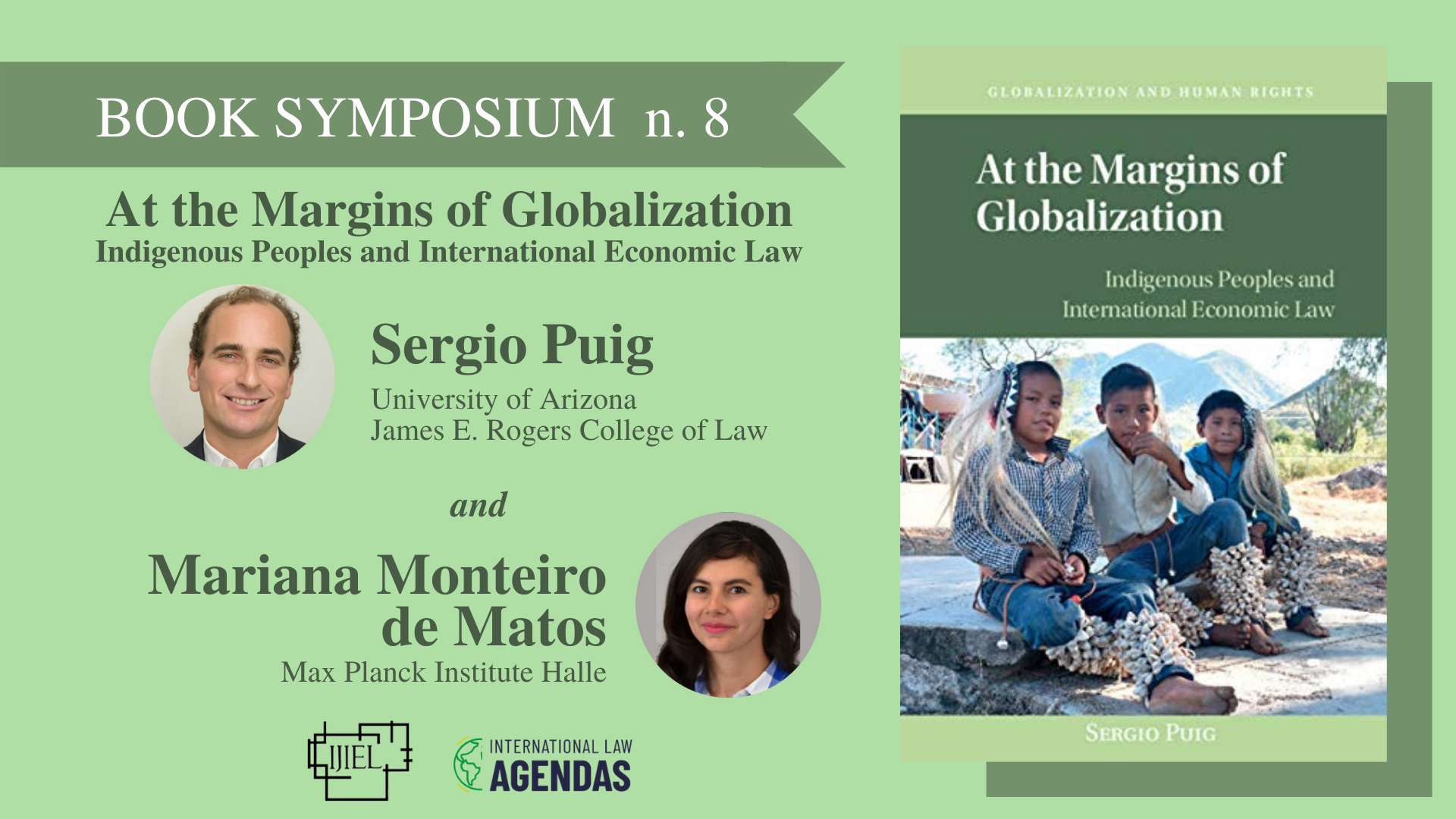 The quest for peaceful and fair conviviality between different peoples is a critical challenge in globalized societies. Law plays a crucial – and sometimes paradoxical – role in that regard. It has the power to improve the living conditions of human communities while exacerbating social marginalization and inequalities. Based on a similar understanding of law, Sergio Puig’s book At the Margins of Globalization explores the paradoxical effects of international economic law (IEL) on Indigenous peoples and their rights.

Remarkable is the topicality of the book under review. In the last two decades, the impact of business activities on Indigenous territories has resulted in increasing bloody legal conflicts. To adjudicate those, international courts and tribunals – not to mention dispute settlement bodies – have engaged with Indigenous issues, fostering a global phenomenon, which can be described as the ‘normativization’ of Indigenous affairs. By reshaping international law’s stepping stones, states, international organizations, and representatives of Indigenous peoples have crafted a unique normative framework composed of special rights to Indigenous peoples and related case law.

Puig’s book argues for the integration between IEL and the rights of Indigenous peoples. The author claims “that there is an important place for Indigenous rights within the field of international economic law, one that focuses on the vulnerable and marginalized, can provide a limited yet important pathway for improving the unequal distribution of the benefits of globalization and for moving beyond the standard conversations among mainstream and classical economists and policymakers that the redistribution of wealth and power should be purely domestic policy responses.” (p. 104). The book builds on the author’s experience working with different institutions, such as the World Bank Group. Puig, therefore, offers an insider look and many valuable – rarely found – details about the on-the-ground practices regarding the implementation of the rights of Indigenous peoples.

Embedded in the introduction and conclusion, Puig’s argument proceeds in seven well-written chapters. There is a clear thread running through these chapters and a not-so-obvious way to cluster them in three different parts: theoretical, normative, and propositional. The first (theoretical) part relates to chapters one and two. Chapter one provides a compact account of the narratives about Globalization. From a US/UK-based perspective, the author examines the byproducts of Globalization, i.e., social inequality and economic crisis. Chapter two grasps the specific effects of Globalization on Indigenous peoples through an original framework called “the cycle of susceptibility and exclusion.” The author sustains that Globalization exacerbates systemic challenges for vulnerable groups, resulting in direct and indirect harms to Indigenous peoples’ political and economic lives. Puig has a didactic way of presenting his argument, including a diagram to illustrate it (p. 35).

Moreover, the second part of Puig’s book has a normative core. It encompasses chapters three, four, and five, in which the author elucidates how IEL has incorporated Indigenous interests and ways to improve in that regard. Chapter three describes the intersection between, on the one hand, business and economic law regimes and, on the other, the rights and interests of Indigenous peoples. Next, chapter four complements chapter three by giving real-life examples of Indigenous peoples’ experience in the different IEL subfields – intellectual property, finance, trade, and investment. Such examples concern distinguished cases regarding Indigenous peoples from the four corners of the world.

Also, to wrap up the book’s normative part and to advance the author’s central claim, chapter five conceives the framework of the so-called “international Indigenous economic law.” Accordingly, Puig conceptualizes the critical legal tools for Indigenous rights under IEL – a shield and a sword, which might allude some readers to Rudolf von Jhering’s The Struggle for Law (1872). The shield stands for Puig’s argument that IEL has a defensive nature and offers a minimum protective basis for the rights of Indigenous peoples through, for instance, unilateral reservations, rule exceptions, and policy carve-outs. In contrast, regarding the sword, the author holds that economic legal instruments may have an “offensive” use to strengthen Indigenous peoples. To turn on IEL’s attack mode, Indigenous peoples and their representatives may activate, for example, primary rules of international law, such as economic treaties, or adjudicate based on treaty-related violations (p. 113). Puig elucidates the uses of the “shield and sword” with concrete examples, simplifying for the reader IEL sophisticated mechanisms.

The monograph’s third (and last) part is propositional and explores IEL’s future paths. It addresses the question of what might globalization that takes marginalized groups seriously looks like. Chapters six and seven formulate proposals for improving economic law to advance socio-economic inclusion and better accommodate marginalized communities’ concerns, such as Indigenous peoples, women, people with disabilities, etc. Proposals are only proposals, and the author uses this word carefully: “I make some basic recommendations based on the prior analysis. These recommendations are only partial; insufficient to address the current wave of discontent with Globalization’s negative effects or the deep existing structural inequities between and within countries – especially as the global pandemic resulting from Covid-19 exacerbates them” (p. 136). Of note is that the author uses the example of Indigenous peoples to make a much broader claim of marginalized groups in general. Puig assumes that “Indigenous peoples are at a heightened risk of experiencing the negative consequences of globalization” (p. 23), and, hence, the tools used for promoting the rights of Indigenous peoples may be used by other groups. In my view, such straightforward use is uncertain, though, especially since Indigenous peoples are entitled to a special rights regime.

This short book review makes it impossible to fully assess the book’s fundamental argument. However, I must say that I enjoyed Puig’s line of argumentation and found it legally sound – despite the few references provided throughout the monograph and the missing list of acronyms. Another critical point is that chapter four focuses on exceptional illustrations of IEL’s positive impact on Indigenous peoples – “uncommon but rosy textbook” cases (p. 85). Due to that, on the one hand, the reader can create an alternative – and valuable – picture of Indigenous peoples’ participation in a globalized world, which builds a contrast to the mainstream view on Indigenous lifestyles. On the other hand, chapter four leaves aside a necessary elaboration on the negative consequences of the economic regime on Indigenous peoples – as grasped in chapter two by the author.

My main criticism goes to Puig’s analysis of international human rights law (IHRL), as described in chapter three. The author elucidates the normative framework with reference only to the particular instruments on the rights of Indigenous peoples – the United Nations Declaration on the Rights of Indigenous Peoples, the American Declaration on the Rights of Indigenous Peoples, and the ILO Convention 169. In this way, Puig excludes one – if not the most – important instrument protecting the rights of Indigenous peoples, namely, the International Covenant on Civil and Political Rights (ICCPR) and its related interpretation developed by the Human Rights Committee (HRC). HRC’s cases, such as Lubicon Lake Band v Canada (1990), are landmarks in international law. ICCPR’s importance is beyond doubt given its hard law character and almost universal ratification, being a primary source of international law. ICCPR’s nature is of utmost significance to IEL’s legal practice – a cornerstone of Puig’s book. For instance, as the author explains for Article XX of the GATT (p. 112), if a state aims to act enforcing Indigenous rights extraterritorially with trade measures, it must do so under the aegis of a widely subscribed international agreement – such as the ICCPR – or under customary international law.

In short, Puig’s focus on secondary sources of IHRL in chapter three is regretful. It does not provide the reader with the minimum legal understanding necessary to advance the rights of Indigenous peoples in IEL. To be fair, the author stated that his analysis concerned only “some of the most important works” (p. 42). Thus, the author recognized the limits of his examination – an incomplete picture of the rights of Indigenous peoples in international law.

Furthermore, in chapter three, Puig’s compact overview on the rights of Indigenous peoples leads to another critical consequence: a fragmented view of IHRL. After a brief analysis of the above-mentioned legal instruments on the rights of Indigenous peoples, Puig concludes: “Though Indigenous rights and minority rights have much in common, analytically, under international law, Indigenous rights are derived from a very distinct type of legal obligation” (p. 42). This inference is controversial and unclear. Because of this review’s aim, it is not possible to elaborate on all issues behind this author’s statement because they relate to broad discussions in legal theory. However, for the sake of clarity, it is essential to indicate the controversial nature of Puig’s claims that (I) the source of Indigenous rights are state obligations and that (II) different types of obligations create minority and Indigenous rights. Wenzel’s seminal work is a solid counterpoint in legal scholarship to Puig’s argument regarding this last issue.

Finally, I would like to conclude by stressing my excellent overall assessment of Puig’s book. It is most likely that Puig’s book will become a reference work on the scholarship concerning the rights of Indigenous peoples, especially in the trending topic of IEL and Indigenous peoples. Despite the complex technicalities of international economic mechanisms, the book is reader-friendly and thought-provoking for Indigenous and non-Indigenous scholars. To what extent IEL can accommodate Indigenous interests? Can Globalization’s ugly face be corrected through Indigenous advocacy? Only time and legal practice will tell that. In the meantime, Puig’s book opens the door of feasible transformative venues for a globalized – and inclusive – world. 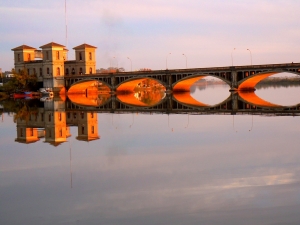 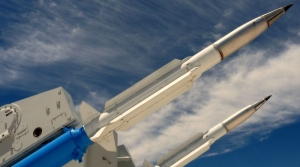